Why Birmingham is Growing into the best city in the world? 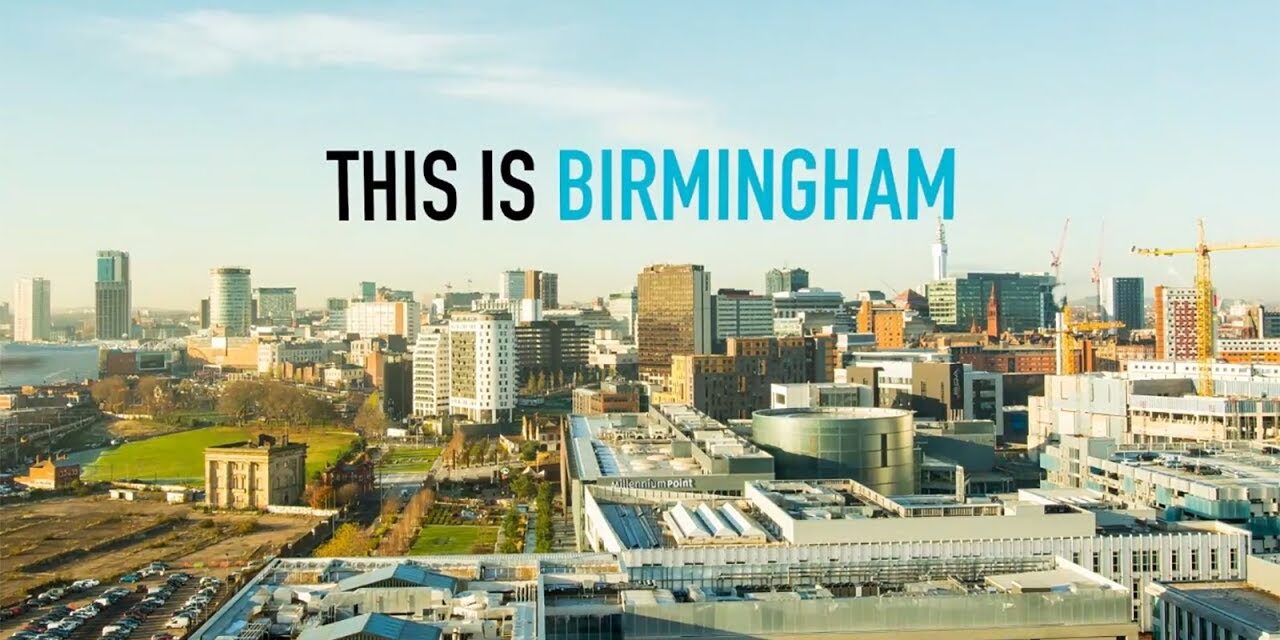 Things are looking up for the city of Birmingham. Often over-shadowed by that southern wide-boy London, Birmingham is fast becoming a top destination for business and leisure. We’re almost certain that you’re reading this with a quizzical mind, so let’s take a look at the top ten reasons why you need to take Birmingham seriously when it comes to future investments.

Take Me Down To Paradise City

Due for completion in the summer of 2022, One Centenary Way will house office and retail space in a 16-storey building, as well as walk-through access from Chamberlain Square. The Paradise development has been cited as “the most significant development Birmingham has seen for a generation” and all we can say is so far, so good!

The Octagon, so called because of its shape, is set to be the world’s tallest octagonal building. Due for development as part of Phase 3, the 49-storey building will house luxury apartments overlooking the Birmingham skyline. Phase 3 will also include more commercial and public open spaces.

The completion date for the entire Paradise development is 2028.

It wasn’t so long ago that if you wanted to dine in the UK’s finest restaurants, you automatically headed to London – Birmingham is only good for curry nights, right?

When it comes to eating out, you are truly spoilt for choice in Birmingham with around a thousand restaurants to suit every palate. Head to The Ivy Temple Row for sophisticated, relaxed dining. Enjoy stunning views over the city skyline at Marco-Pierre White’s Steakhouse in The Cube or indulge in fine dining at Aktar Islam’s Michelin-starred Opheem – Indian cuisine unlike any other you’ve experienced. Also noteworthy is Purnell’s in the city centre. With Michelin-starred chef Glynn Purnell at the helm the food and ambiance are guaranteed to impress.

The summer of 2022 will see the opening of 103 Colmore Row. Billed as a ‘decadent dining experience,’ the restaurant will join Marco-Pierre White in the skyline dining experience as it takes on the prime rooftop space on the 24th floor of 103 Colmore Row, giving diners panoramic views over the city. And it comes with an amazing pedigree: it’s owners, the renowned D&D London also own Quaglinos Mayfair and 100 Wardour Street in Soho.

When Grand Central was officially opened in 2015 it was plain to see that something special had happened to Birmingham. The transformation of the drab dark 1960s/70s New Street Station into a central travel hub bursting with natural light and activity was breath-taking. Birmingham was no longer somewhere to pass through. People began to get off the train and stay!

With heavy investment on the city’s new Metro system, getting around has never been easier. Plans are also underway to further expand the tram network to include routes to Digbeth, Five Ways, Brindley Place, and the Curzon Street HS2 hub. Once the HS2 service becomes available, travel time to London Euston will be a mere 49 minutes.

Originally scheduled for the 2026 Games, Birmingham was promoted up the list to host the 2022 Games after Durban withdrew. The global spotlight will be on Birmingham this summer as athletes from around the world gather to compete. The city’s Alexandra Stadium has undergone a capacity transformation and will accommodate 40,000 spectators during the games. Other venues include Edgbaston Cricket Ground, and a brand-new state-of-the-art Aquatics Centre in Sandwell, which will be handed over for public use in 2023.

With its vibrant street art, thriving music scene, The Custard Factory and plenty of bars and restaurants, the once down-trodden Digbeth has had something of a rebirth. And we’re only at the beginning of its journey!

With proposed new homes, shops, leisure facilities and cafes, Digbeth’s redevelopment will be one of the biggest projects ever seen in Birmingham. Approved plans include residential apartments, nightclubs, and accommodation for students.

The jewel in the crown for the Digbeth redevelopment will be a new “Sky Park.”  Taking inspiration from New York’s High Line – an abandoned elevated section of railway – the disused Victorian Duddeston Viaduct will become a public open space, with planning documents citing “The reinvention of the Viaduct as a park for public access has been a driving factor from the first inception of the current proposals,.”

It was hard to escape the buzz in 2021 when Tom Cruise was in town, filming for Mission Impossible 7 in Grand Central, whilst using the newly reopened Grand Hotel as his base. A little closer to home, Birmingham was used for filming the first series of Line Of Duty, a drama which has become one of the BBCs flagship shows.

Peaky Blinders creator, Steven Knight will be opening a 38-acre studio complex in Digbeth to rival London’s Soho. Plans include filming facilities, street theatre, housing, and education initiatives. It’s no coincidence that the newly proposed Creative Content Hub is also set to be based at The Bond in Digbeth. With an £18 million price tag, the facility has had a £3 million investment approved from the Greater Birmingham and Solihull LEP and is an exciting step forward in making Digbeth Birmingham’s creative quarter.

The ‘public realm’ facelift of Snow Hill and Colmore Row will see traffic access restricted in the city’s business district, making it more pedestrian-friendly and reducing city centre pollution. The healthy streets vision offers space where pedestrians can feel safe as they walk, exercise, or just watch the world go by in the traffic-free zone.

Just a 10-minute walk from the city centre, Birmingham’s Jewellery Quarter has been described by English Heritage as a place that “…. has a particular combination of structures associated with jewellery and metalworking which does not seem to exist anywhere else in the world. It’s a national treasure.”  As the name would suggest, the Jewellery Quarter is the beating heart of the UK’s jewellery trade, having the largest concentration of businesses involved in the jewellery trade and producing 40% of the UKs jewellery.

In recent years, derelict factories and warehouse buildings have undergone redevelopment, making this area of Birmingham a desirable address, with its mix of independent shops, bars, restaurants, and proximity to the city centre.

With thirty-five miles of canals to enjoy, Birmingham has been likened to Venice for its waterways. Aside from the abundance of walking and cycle paths, the canalboat tours are a hit with locals and tourists – and quite possibly one of the best ways to see some of the hidden areas of the city centre.

The stretch of water from The Mailbox is a hive of lively bars and restaurants. Old meets new with Gas Street Basin, Broad Street and Brindley Place. The world-class conference and concert facilities at the ICC and the Utilita Arena Birmingham all align the canal, alongside redeveloped warehouse apartments and hotels.

Smithfield markets occupied the area around The Bullring for decades, with the name first being used c.1935.

The Smithfield Project will see the 42-acre site transformed into a new area with plans approved for shops, a hotel, and a permanent base for the legendary Birmingham Markets. The £1.9 bn development also includes 3000 residential dwellings in the heart of the city.

A new square, Festival Square, will form the focal point for the Smithfield development. With the aim of rivalling the best Europe has to offer, Festival Square will play host to concerts, being a community hub to create a true legacy on the southside of Birmingham city centre.

We’re beyond excited to see how all of the redevelopment projects and regeneration take shape. We think you’ll agree that over the next 5 – 10 years, Birmingham will be THE destination that everybody wants to be a part of.

To find out how you can invest and benefit financially request our latest developments by filling out the form below.