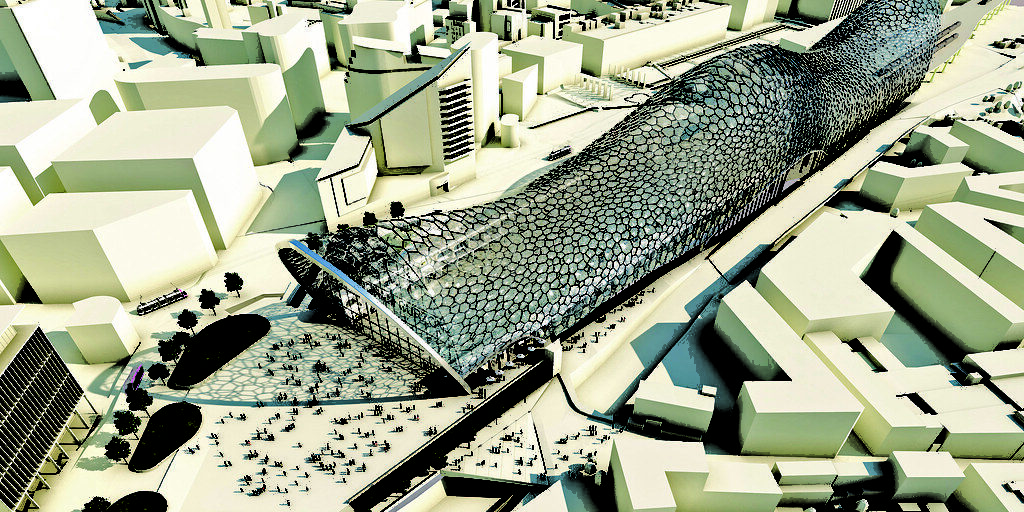 The government announcement last month declaring HS2 will become a reality has given Birmingham property prices a definite boost.

Current apartments and homes within walking distance of Curzon Street terminus should increase from 30 per cent up to 60 per cent of their current value,giving Birmingham property a boost analysts calculate. Certainly, that is the experience of householders who benefitted from the fast commuting links Crossrail brought to the capital.

The first part of the high-speed rail project will cut the journey time from the Capital to the new rail terminal in Birmingham’s Curzon Street from the current one hour 21 minutes to just 49 minutes. Trains will run as fast as 250mph and as regularly as nine times in one hour (in both directions) according to the latest Government directive. The second phase of the project is Birmingham to Crewe, and then Crewe to Manchester and Birmingham to Leeds. The final rail lines are due to be completed by 2040. Meanwhile, the London to Birmingham phase will shouldn’t take too long to complete since foundation work has already been well underway for some time now.

Curzon Street is to become the new HS2 terminal. A former train station, it was closed in 1966, after the city built a more modern rail station at the city’s New Street. Regeneration of the Grade-1 listed site, will include apartments and commercial outlets such as retail units, bars and restaurants.

A total of 4000 new homes are to be built on the 141-hectare Curzon regeneration site, thanks to investment of around £724m million. These will make up several new neighbourhood schemes in the area. In addition, there is to be 600,000 square metres of commercial development.

Meanwhile, developers have plans to build a 720-home build-to-rent scheme at Great Charles Street, over 2.6 acres. The site is designated brownfield and sits on the edge of the popular Jewellery Quarter. If accepted by the Council it will be the company’s second site in the city (they also have the 42-storey tower. That too is a build-to-rent development.

According to figures from the website Home.co.uk there were 3,782 properties advertised for sale in Birmingham in February 2020. The Average Asking Price was £239,792. The majority of properties had three bedrooms (1353). Next highest were two-bedroom properties (1123), while there were 591 one-bedroom flats for sale and 326 with four bedrooms.

The green light to go ahead has been welcomed by many business owners in Birmingham, as well as property investors and executives at Birmingham University. Economists point to the jobs building and maintaining the service will bring while it will boost the current rain lines nearby.

In an effort to remain at the forefront of build technology, the Curzon Street station will incorporate many ‘eco measures.’ These include solar panels to harness the sun, catching rainwater for recycling and sustainable power generation. It also aims to be zero carbon emitting.

The scheme’s critics include environmental groups and those who would rather the government spent the cash elsewhere. That’s because the cost of the project has almost doubled from 2015 when it was £56bn, to £106bn today. It was originally conceived of back in 2009 and passed under a Labour government. The Conservatives then inherited it when they took over.

Interested in investing in property in Birmingham and surrounds? Want to know about the different developments coming to market Then get in touch with us here at Edifice Invest for an update on the current market conditions. we have several developments in pre-approval stages coming to market Tel 0121 573 0133 or email info@edificeinvest.com. See our current property offerings at our website www.edificeinvest.com